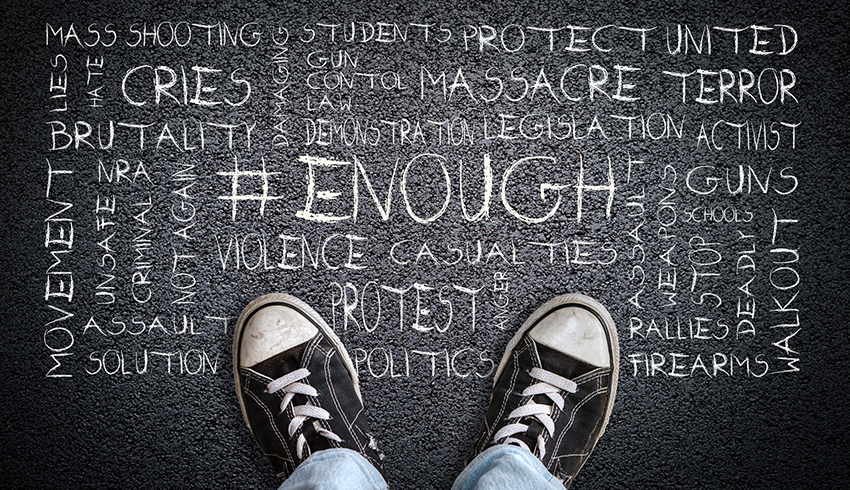 A few weeks ago, I met my friend for lunch in downtown LA. Fifteen minutes into our conversation, I heard, “Bang, bang, bang, bang!” along with people screaming. My friend and I dropped to the ground and shielded our bodies with our table and chairs. Shots were fired a few feet from us right outside Grand Central Market, killing one man. My first thought was, “I’m not ready to die, not today, not in a mass shooting.” Unfortunately, we see it too often in the news. Mass shootings in supermarkets, hospitals, and elementary schools. Innocent people dying at the hands of unnecessary violence.

Just 10 days after the shooting at the market in Buffalo, NY, on May 24, a mass shooting took place in Uvalde, Texas, killing nineteen students and two teachers. An AR-15, also known as a semiautomatic weapon, was purchased from a sporting goods store to carry out such a horrific attack. The days after the attack, I found myself staring at children at the supermarket, wondering if they would be safe at their school.

About a week after the Uvalde massacre, I was informed that my 16 year old cousin committed suicide. A gunshot wound to the head left him in a coma. Similarly, in the emergency department where I work, I have treated children and adults who recently died because of gun violence.

As a healthcare provider, it breaks my heart to know that guns kill more children and teens than “cancer, pneumonia, influenza, asthma, HIV/AIDs, and opioids combined.”1 I share my emotions and my experiences because this is personal for me and for our community. I have faith that one day we will fix this because our children deserve a safer country.

It is evident that our nation suffers from a mass shooting pandemic. In 2019, it was reported that a child or teen was killed with a gun every 2 hours and 36 minutes.1 According to the Centers for Disease Control and Prevention (CDC), “gun violence was the leading cause of death for all children and teens ages 1-19 in 2018.2 We ended 2021 with 693 mass shootings, per the Gun Violence Archive.3 The year before saw 611. And 2019 had 417.3 In other words, the number of mass shootings in our country has been steadily increasing every year.

So how do we create hope in a nation that continues to suffer at the expense of guns? How do we look our nation’s children in the eye and tell them they won’t die at school? We can’t if things stay the way they are. But we can continue to advocate and raise our voice until we are heard and create change.

In 1994, President Bill Clinton signed the Public Safety and Recreational Firearms Use Protection Act, more commonly known as an assault-weapons ban which banned the AR-15 and other similar semiautomatic rifles. After its ban, mass shootings were down in the decade that followed, in comparison to the decade before (1984-94) and the one after (2004-14), according to an NPR report in 2018.4 This ban was only valid for 10 years, and it was not reauthorized at the end of the 10 years, resulting in the increase in mass shootings seen since its expiration. It is evident that politics, policies, and ultimately the money and power of the National Rifle Association (NRA) continue to influence these recent tragic events.

Gun violence and mass shootings are a common occurrence in America that must be addressed once and for all. According to a recent analysis of 130 different studies from 10 countries, gun control legislation tends to reduce gun murders, suggesting that easy access to guns play a pivotal role in these murders.5 Therefore, it is not surprising that mass shootings continue to happen in our country. Americans make up about 4.4 percent of the global population, yet our country owns 42 percent of the world’s guns.5 Other countries are not suffering from a mass shooting pandemic because they have less guns. Several studies continue to show that gun violence does not correlate with mental health: A 2015 study showed that only 4 percent of American gun deaths could potentially be attributed to mental health issues.6

Mass shootings are a public health crisis that requires a bipartisan plan to create a true, meaningful change. Both parties need to come together to help reduce the blood that continues to be shed at the expense of owning semi-automatic guns. Our nation is crying for help. Parents are desperately asking for real solutions, not just prayers. A child’s right to live should count more than a person’s right to have uncontrolled access to guns. 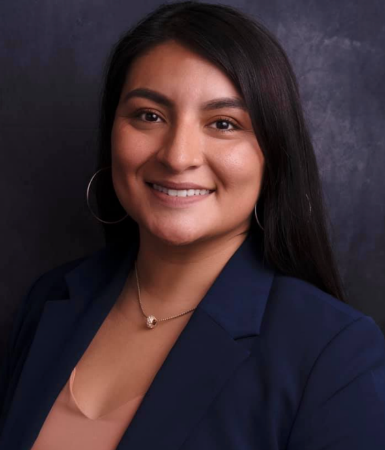 Dr. Muñoz is a first-generation Emergency Medicine resident physician at Loma Linda University Health. She graduated from The Ohio State College of Medicine. In her spare time, Jessica can be found traveling the world, living her best life, writing, and advocating for social justice. She looks forward to combining a career in legislation and medicine.