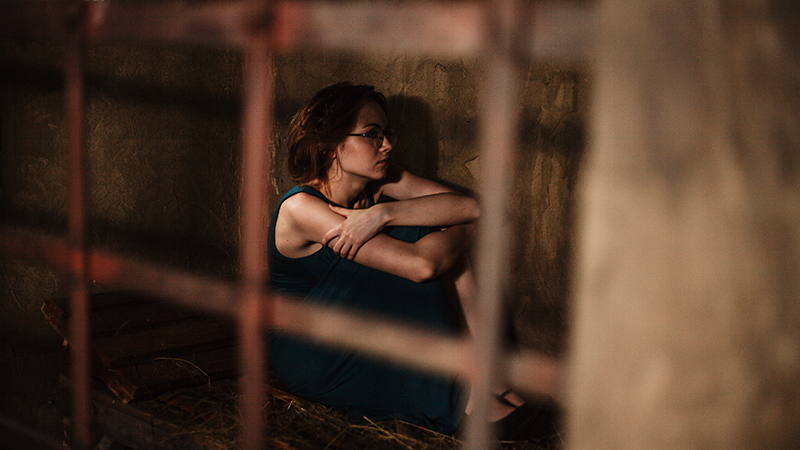 When I hear the word prisoner, the first thing that comes to my mind is a dangerous convict in orange clothing locked up behind bars so that he can never harm somebody again. This was, after all, the reason prisons and jails were built. They were never designed to provide proper care for people with mental health issues or act as long-term care facilities. They were certainly not designed for pregnant women.

An activist for pregnant female prisoners’ rights, Dr. Carolyn Sufrin, described a harrowing experience during her obstetrics-gynecology residency in San Francisco. She was trying to help a prisoner deliver her baby at the hospital. The male guard left the area while the woman was giving birth. The prisoner was shackled at the feet and the guard had the key. It took nearly half an hour to find him as the prisoner was trying to push out her baby.1

Every year, between 6 and 10 percent of incarcerated women are pregnant, and nearly 2,000 babies are born.2 Women have to be transported to a medical facility to give birth. Since shackling is almost always done when transporting prisoners to and from jails and prisons, pregnant women in labor are often shackled before, during, and after the birthing process so that they do not escape from the medical facilities. The problem is that shackling a woman in labor is a risk to her own health and the baby’s health because it can cause bruising, cuts, blood clots, and hemorrhage (profuse bleeding is one of the leading causes of maternal mortality).3,4 Advocacy organizations and national medical organizations have argued that women in their labor cannot realistically be a flight risk (at risk of escaping), citing that the number of escape attempts made in the past 15 years during labor was zero.2

Currently, shackling a female prisoner during her first trimester (the first 12 weeks of pregnancy) is allowed in 39 states. Thirty-four states allow the shackling of a female prisoner during the third trimester (the seventh to ninth month of pregnancy). Nine states still allow shackling women during labor and delivery. California and New York are among the five states that have comprehensive restrictions on shackling throughout the entire process.2 Some of the laws were passed recently within the last 10 years.5 Yet, the Correctional Association of New York (CANY) and the American Civil Liberties Union of California (ACLU-CA) have reported that shackling still occurs at various stages of the pregnancy despite the laws that are in place. Many of the women who reported the violations were incarcerated for non-violent offenses such as stealing or possessing drugs.6,7

The ACLU-CA and CANY have offered the following recommendations to address female prisoners’ rights with respect to shackling: alternative punishments, more effective implementation of laws and accountability in jails and prisons, uniform policies for jails and prisons, alerting prisoners about their rights, and additional training of officers and medical personnel.6

Shackling is not the only reproductive health-related violation that incarcerated women face. Incarcerated woman are often made to take pregnancy tests without being provided with the results, denied abortion access or information, denied prenatal care including necessary vitamins and adequate nutrition, and do not have access to menstruation-related hygiene products.6

After giving birth, women are separated from their babies, usually within the week, for the “safety of the child.” While the advantages of breastfeeding are widely known, including psychological and immunological benefits, both mothers and babies are often deprived of the experience of breastfeeding.8 Some prisons do allow women to provide breast milk to their babies through breast pumps but do not provide refrigerators to store the milk. Other mothers have discussed that they were publicly shamed or harassed during breastfeeding or accused of poisoning the breast milk.5,9

Policy efforts are being made to address these issues. Last year, senators Elizabeth Warren (D-MA) and Corey Booker (D-NJ) introduced the Dignity for Incarcerated Women Act of 2017 (S.1524) which would prohibit shackling of pregnant prisoners in federal penal or correctional institutions. The act would also ensure that women have a right to reproductive health products including necessary medications and sanitary napkins for free. While this law would only apply to women in federal facilities, the senators hope that it will influence states and counties to follow.10,11

Women’s issues can often be just an afterthought when discussing imprisonment. Sometimes, we forget to think of prisoners as human beings. We do not know every individual’s story or their reasons for committing their crimes. It is unmistakably clear, however, that shaming people, depriving them of basic necessities, and unnecessarily constraining them will not help in reforming and rehabilitating them. Where policy fails, advocacy and awareness campaigns may be an effective alternative. Perhaps human rights organizations can foster public engagement by raising awareness and calling upon the public to make donations and demand transparency and fair treatment for incarcerated women.