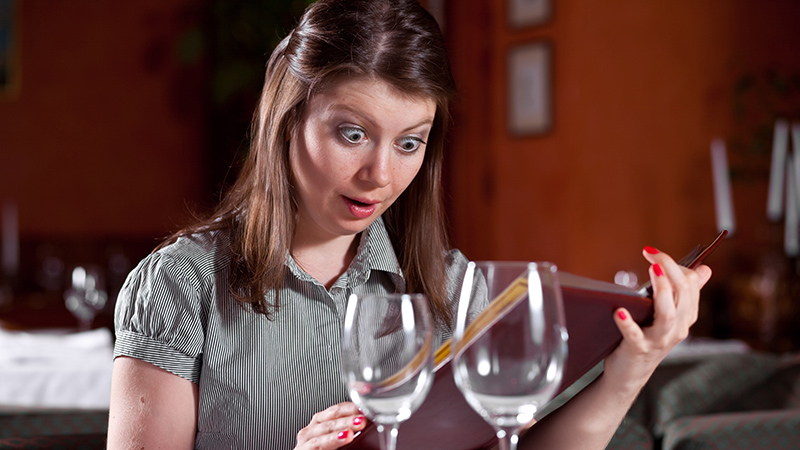 The Affordable Care Act (ACA) included a provision that requires restaurants and retail food establishments with 20 or more locations to provide caloric information about each food item on their menu.1 Grocery stores, movie theaters, convenience stores, and vending machines are part of the definition of a retail food establishment. This rule went into effect in May 2018.

The assumption is that if people have more information and awareness about the number of calories in each of the menu items, they will have the ability to make healthier choices. It is also tied to the notion that the number of individuals consuming food outside of their homes had rapidly increased over the last two decades and that foods sold at restaurants and retail food establishments tend to be higher in calories, saturated fats, and sodium. An additional factor is the obesity epidemic. Before the federal rule, multiple cities, counties, and states had already enacted some form of menu labeling requirements given the concerns around obesity.2

A group from New York University (NYU) performed a meta-analysis of 31 studies to understand whether providing caloric information changed the behavior of consumers. Of those studies, one found that only 9 percent of the 57 percent of youth who observed the calorie labels in fast food restaurants utilized the labels to make an informed decision. Other similar studies determined relatively low awareness of these labels and even lower utilization of the data. The meta-analysis also revealed that calorie labels were least likely to affect those living in low-income neighborhoods. The study concluded that while some studies reported seeing beneficial impacts, they were neither statistically nor practically significant.3

There may be a number of reasons why these studies saw minimal effects. The most evident reason is that consumers simply didn’t notice the labels. Another reason could be that they noticed it but didn’t find it important or didn’t understand how to utilize it. Some customers may have walked into the restaurant already knowing what they wanted to order.

The National Bureau of Economic Research released a working paper in 2016 to understand the long-term effects of calorie display on the BMI of men and women in New York City from 2003-2016. A mandatory calorie-labeling law went into effect in NYC in 2008. The study concluded that the laws had a significant impact on reducing the BMI, especially in women classified as overweight. It suggests that those who are overweight are more sensitive to such labeling and therefore, more willing to change their behavior.4

Another point of consideration is that the restaurants themselves are making changes by reducing the number of calories in some of the high-calorie meals and introducing new lower-calorie items into the menu.5 In fact, a study conducted by researchers at Johns Hopkins found that restaurants that voluntarily provided calorie labeling had lower calories on their menus compared to those that did not. Moreover, the study observed a statistical difference in mean calories in newly introduced foods for restaurants that were voluntarily providing caloric information in preparation for the ACA laws to go into effect.6

Given the information, one can make the argument that while caloric counts may not have the intended effects of changing consumer behavior immediately, it may create change in the long-run, especially for the populations that require it the most (i.e. those who are considered overweight according to their BMI). Furthermore, such laws can incentivize the food industry to offer healthier choices. The Food and Drug Administration (FDA) estimated that the NET benefit, factoring in the cost of enacting the labels as well as the cost of reduced mortality over the next twenty years ranged from $3.7 billion to $10.4 billion.7

Finally, there are two unintended consequences to consider. First, providing calorie counts may incentivize some people to choose the most calories for the worth of their dollar. This may be especially true for individuals in low-income settings. Second, calorie counts may affect those with eating disorders as they are more sensitive to this information than the general public.8

To learn more about healthy by default, check out our Policy Brief

While menu labeling is a step forward in our efforts to tackle obesity, we must consider passing other policies in conjunction that can help with preventing obesity (such as healthy by default options for children). Awareness campaigns will also be necessary to educate people on what calories are and how information about calories should be utilized to make informed decisions. Also, deciding to go with a 1,200 calorie meal as opposed to a 1,350 calorie meal won’t help as much unless the individual is also exercising. Calories do count, but they aren’t everything.