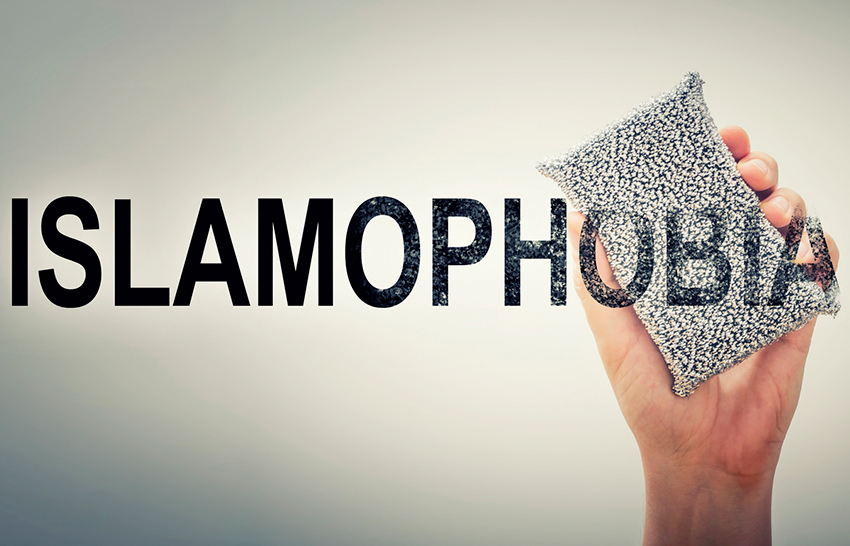 Islamophobia has long been prevalent in American public opinion and society.1 What is Islamophobia? I have come to learn that there is no single agreed upon definition of the term among scholars and policy makers.2 The blending of the terms ‘Islam’ and ‘phobia’ implies an irrational fear of people who practice Islam. However, this definition does not seem to capture the breadth of Islamophobia. The term has been used extensively by news media outlets and the scientific community to describe varying occurrences or situations that characterize how non-Muslims feel and behave toward Muslim people and also the ways in which Muslim people themselves experience intolerance projected toward their group.

For instance, public polls consistently show that 4 in 10 Americans hold some degree of prejudice toward Muslims and view them least favorably compared to other religious groups.3 On the flip side, a significant proportion of Muslim Americans report experiencing some form of discrimination (e.g., verbal and physical assaults, being treated with suspicion, etc.) that they attribute to their appearance as Muslim. The Pew Research Center finds that acts of discrimination have progressively increased from a rate of 40% in 2007 to 48% in 2017 during the first few months of Donald Trump’s presidency.4

Islamophobia is, therefore, not merely an irrational fear of Islam as it constitutes discriminatory practices and even violence,2 along with a range of negative sentiments and emotions projected toward Muslims to include hatred, suspicion, anxiety, fear, anger, disgust, and hostility.5 Islamophobia can, therefore, be defined as a hostile attitude or behavior toward Muslims.2

A growing number of studies shows just how Islamophobia negatively influences the health and well-being of Muslims by disrupting several systems at the individual (e.g., stress reactivity), interpersonal (e.g., socialization processes), and structural levels (e.g., institutional policies and media coverage).6 Global bodies such as the United Nations (UN) cite that persistent exposure to discrimination can lead individuals to internalize the prejudice or stigma that is directed against them, manifesting in shame, low self-esteem, fear and stress, as well as poor health.7 The UN also recognizes the worldwide concern that there is a rise in anti-Muslim prejudice and have called on nations to combat this phenomenon.

In response to this phenomenon, the U.S. House of Representatives passed H.R.5665 – Combating International Islamophobia Act, which would establish an office within the Department of State led by a special envoy to monitor and combat acts of Islamophobia and Islamophobic incitement that occur in foreign countries.8 However, actual policies combating Islamophobia here in the U.S. are urgently needed given that members of Congress, the media, religious right groups, anti-Muslim foundations, and grass-roots organizations continue to misrepresent Islam and have amplified fears about Muslims.9 Fortunately, non-profit organizations like the American Civil Liberties Union work to counter misinformation and hateful rhetoric, fighting anti-Muslim discrimination.10 The scientific community has also contributed to this effort by making strides in identifying practical and evidence-based strategies for reducing Islamophobia. One prominent approach entails the implementation of programs and policies that encourage intergroup contact, which is known to be a powerful tool in improving intergroup relations as contact facilitates liking, empathy, perspective taking, and intergroup learning.11

My survey of white adults residing in Riverside and San Bernardino counties that was conducted 18 months after the Inland Regional Center shooting supports this approach. First, what was really inspiring about the study findings was that the Whites in this region generally reported positive feelings toward Muslims; however, a sizeable number of individuals reported feeling threatened by Muslims and anxious around the prospect of engaging with Muslims on an interpersonal level. These individuals tended to be more prejudiced toward Muslims, whereas those reporting some degree of quality contact with Muslims in their personal lives were less prejudiced and also felt less threatened. This finding speaks to the idea that promoting contact between Muslims and non-Muslims offer a promising solution to reducing Islamophobia, which may ultimately prevent discrimination and hate projected toward this vulnerable minority. 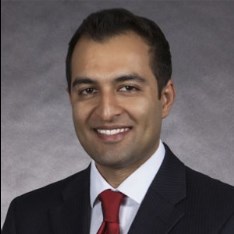 Dr. Alemi is an Associate Professor in the Department of Social Work & Social Ecology. He teaches courses in research methods spanning subjects such as quality assurance and program evaluation. His research interests include examining the health and well-being of populations affected by war and political violence. His research interests also include investigating prejudice, discrimination and stigma projected toward racial and religious minority populations in the U.S.