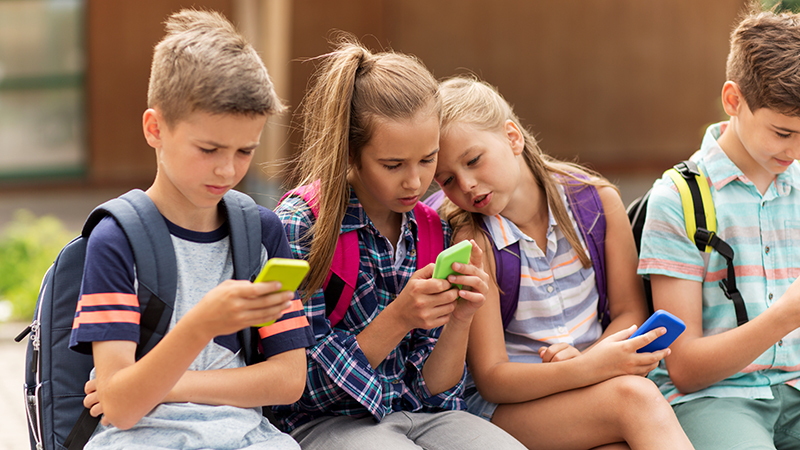 It is difficult growing up in the age of technological advancements and social media. We are constantly reminded of the trials and tribulations of adolescents through a variety of digital outlets. One in particular caused a lot of buzz last year. Released on Netflix in the spring of 2017, “13 Reasons Why” is the story of a high school student who tries to understand why his classmate committed suicide.1 While the show certainly has a shock factor that has left many parents feeling uneasy, it is also relatable, which is probably why young people are drawn to it.2 More importantly, it highlights some of the underlying issues that many adolescents and youth deal with that adults may otherwise not perceive. One of these issues is cyberbullying.

When my parents were growing up, a bully was usually somebody who was physically strong, frequently surrounded by “henchmen,” and somehow always made a derogatory rhyming phrase for people’s names. But this bully disappeared when the child went home. Just a few decades later, however, bullying became ubiquitous through cyberbullying; this is bullying that occurs on digital devices, usually through text messages or social media. It can range from sending hurtful messages to posting humiliating private information for everyone to see and share.3 Cyberbullying can affect a student’s mental and behavioral psychology and increase the likelihood of partaking in risky behavior.4

For instance, an adolescent may post a photo of oneself enjoying his/her day at the beach, to which a cyberbully may respond by saying, “You’re fat!” A comment like this can adversely affect an adolescent’s self-image and self-efficacy and lead them to take dangerous measures to “fix” themselves. Additionally, in a recent phenomenon, adolescents are cyber-bullying themselves (by posting mean comments anonymously on their own posts) as a method of digital self-harm. A recent study in the Journal of Adolescent Health found that 6 percent of students between the ages of 12 and 17 were partaking in digital self-harm.5 Sadly, cyberbullying and self-harm can lead to or worsen preexisting feelings of depression and increase the risk of suicide.6 In 2014, suicide became the second leading cause of death amongst teenagers.7

The National Center for Education Statistics polled more than 24 million students attending school in 2014-2015. Nearly 21 percent of those students reported that they had been, or were at the time, bullied. This is over 5 million children in the United States! Nearly 600,000 of those students (11.5 percent) reported that the bullying they were encountering was cyberbullying.8

The Cyberbullying Research Center (CRC) conducted multiple kinds of surveys from 2007-2016 with over 20,000 middle and high school students to understand the trends in cyberbullying over time. In one survey of students in the Midwest, they noted that the percentage of students who had been cyberbullied at least once in their lifetime increased from 24.1 percent to 34.4 percent between 2013 and 2015, respectively.9 In their 2016 nationally-representative sample dataset, the CRC found that 33.8 percent of students reported being cyberbullied at some point in their lives.10 Nearly one-quarter of the students reported that hurtful comments were posted about them, 12.7 percent reported that the comments had some kind of sexual implication, 12.2 percent reported that they were threatened, 10 percent reported that the comments were about their race, and 25.7 percent reported experiencing one or more of these at least two times within 30 days of the survey. In this same survey, females were more likely to report being cyberbullied at some point in their lifetime compared to males (36.7 percent vs 30.5 percent). Likewise, a higher percentage of males reported cyberbullying somebody else compared to females (12.7 percent vs 10.2 percent).

Bullying, including cyberbullying, is a public health problem that affects nearly 1 in 5 children. Something needs to be done to address this issue, and it needs to start at home. There are few telltale signs that should alert parents; these include physical injuries, frequently lost personal items, feigning sickness, self-mutilation, or eating disorders. There may also be signs that their child is the bully: aggressive behavior at home, an inexplicable inflow of items or money, frequent school punishment, or friendships with other bullies.3

In both these situations, it may be difficult for students to ask their parents or an authority figure for help as they may be feeling humiliated, isolated, or helpless. Other times, they may fear retaliation from bullies or peers. Therefore, parents will have to take an active role by speaking with their children about cyberbullying, its effects, and resources that children can look to if they ever need help. This can certainly be tricky for parents with teenagers who may feel that monitoring their location or their browsing history is intrusive. Thus, it will require building trust and open communication.

For many children, however, there may not be a parental figure to provide such oversight. In fact, many students bully at school because they are being bullied at home. These children need an authority figure, such as a teacher or guidance counselor, to look out for them. Teachers are the best resource for this as they are with students for the majority of the day. Teachers can look out for such situations by merely observing students and watching for emotional responses to their phones. They can keep their ears open for relevant conversations and can monitor lockers, hallways, and bathrooms for signs. They can even keep a lookout through their social media accounts.3

As a former First Lady wrote in 1996, “it takes a village” to raise a child. While technology has opened a Pandora’s box, it has also increased the size of our village for better or for worse. It is the responsibility of individual families and society at large to create safe environments where our children can grow to their full potential.