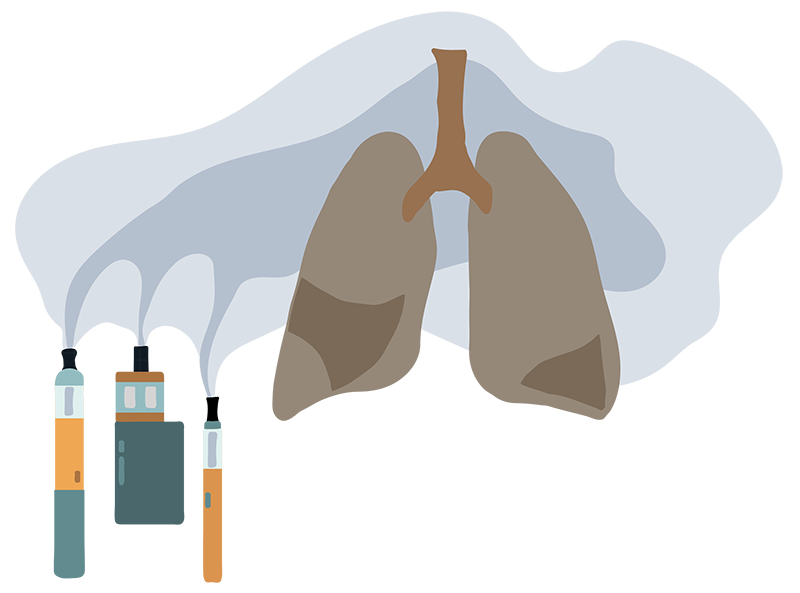 When e-cigarettes and vaping were first introduced, the public had little knowledge about their effects on the body. People believed that e-cigarettes were a safer option than conventional cigarettes, and a myriad of sources do suggest that e-cigarettes provide a faster way to take in nicotine without the addition of harmful toxins found in cigarettes.1 Even though the U.S. Food and Drug Administration (FDA) has not approved e-cigarettes for smoking cessation, there has been an increase in individuals using e-cigarettes to quit smoking as well. As national and local health leaders take a closer look into the health effects of e-cigarettes, however, it is quite worrisome to discover that these products are not only potentially fatal and fast-acting, but also that these devices predominately affect young and healthy individuals.

July 2019 marked the beginning of a national outbreak of e-cigarette or vaping product use associated lung injury (EVALI) cases. Illinois and Wisconsin were the first two states in the United States to investigate a cluster of pulmonary illnesses linked to e-cigarette or vaping product use. The investigation conducted by the Wisconsin Department of Health Services and the Illinois Department of Public Health identified 53 cases of severe lung injury and one death linked to e-cigarette or vaping product use. Of the 41 patients who were intensely interviewed, 61 percent reported use of nicotine products, 80 percent reported use of Tetrahydrocannabinol (THC) products, and 7 percent reported use of Cannabidiol (CBD) products.2 Also, the average age of the 53 patients was 19. A majority of these individuals did not have any prior lung complications, except for 30 percent of the patients who had asthma.2

In late August of 2019, the Centers for Disease Control and Prevention (CDC) reported over 215 severe respiratory distress cases linked to vaping spanning 25 states and 2 deaths.3 About 80 percent of the persons who vaped and became ill reported having used both nicotine products and THC or CBD products.3 Two months later, 1080 cases and 18 deaths were reported, spanning 48 states.4 As of December 10, 2019, 2,409 cases of EVALI have been reported to CDC from all 50 states and 52 deaths have been confirmed in 26 states.5 These statistics are quite alarming and only time will reveal the emerging cases of EVALI impacting our nation.

Patients with EVALI commonly present with shortness of breath, cough, nausea, vomiting and fever. It is very difficult to pin point an EVALI case because the presentation of EVALI is similar to other diseases, such as pneumonia and the flu. Thus, EVALI is a diagnosis of exclusion, which means that a physician would have to rule out other possible diagnoses before diagnosing a patient with EVALI.7

With the increased efforts made by the CDC, FDA, state public health departments, political leaders, and healthcare workers, there will hopefully be less cases of EVALI. However, there needs to be more upstream efforts put in place for the nation to be proactive rather than reactive in such cases. For one, premarket testing laws need to be enhanced to prevent harmful products from reaching our shelves. In addition, we need more state and federal laws that will regulate e-cigarettes and vaping products similar to the regulation of conventional tobacco products. Since EVALI is disproportionately affecting the youth of our nation, it has direct impact on the future of our nation and needs to be addressed swiftly and comprehensively. 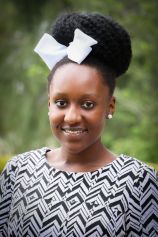 Ms. Egiebor joined the IHPL team in August 2019 and serves as the Doctoral Graduate Assistant. Ms. Egiebor completed her undergraduate education in Biochemistry with a minor in Public Policy at the University of California, Riverside (UCR). She then received her Master of Public Health degree at Loma Linda University (LLU). Currently, she is pursuing a dual degree: an MD from UCR and a DrPH (Health Policy and Leadership) from LLU.