Disparities in the US health care system have emerged to the forefront of public consciousness in recent years. These disparities have been made even clearer by the COVID-19 pandemic, which has revealed stark inequities in our health care systems and practices, particularly as they pertain to marginalized populations, like the LGBTQ community, minority groups, tribal communities, and the homeless.

In the most recent analysis of homelessness by the U.S. Department of Housing and Urban Development (HUD), the United States had 567,715 homeless individuals counted in January 2019, representing 0.2% of the US population. California is among those states with the highest rates of homelessness, with 1.9 times the overall US rate. Homelessness is disproportionately seen in California, the District of Columbia, New York, Hawaii, and Oregon, which collectively comprise 20% of the overall US population but contain 45% of the entire US homeless population.[i]

Homelessness has been recognized as a public health issue since homeless people suffer from higher rates of illness, including tuberculosis, hypertension, asthma, diabetes, and HIV/AIDS.[ii] In addition, according to the National Health Care for the Homeless Council, homeless people have been shown to die, on average, 12 years sooner than the general U.S. population.[iii] Both sheltered and unsheltered homeless populations experience adverse health outcomes, as both living on the streets and in homeless shelters pose unique health risks to homeless individuals, including exposure to communicable diseases, harmful weather conditions, violence, drug use, and malnutrition. These issues are then intensified by the emotional and mental stressors inherent to the state of homelessness.

Problems with access to health care and other social services exacerbate the health risks associated with homelessness and increase the likelihood of adverse health outcomes. Homeless individuals often experience difficulty accessing treatment and preventive care due to lack of insurance, lack of transportation, and high cost. These barriers lead to greater utilization of emergency services and higher rates of medical hospitalizations for serious conditions.[iv] In addition, homeless individuals are often discharged with inadequate resources into settings inappropriate for proper recovery, leading to higher rates of readmittance and adverse health outcomes.[v]

The issue of “patient dumping,” or homeless patient discharges without proper planning, was addressed by California’s Senate Bill 1152 in 2018.[vi] This legislation requires that hospitals provide a meal, transportation, and clothing to homeless patients, as well as documentation of discharge to a safe location.[vii] While noble in its efforts to acknowledge the unmet needs of homeless patients, the legislation ultimately falls short in that it fails to solve the underlying problem faced by homeless patients – the lack of a consistent source of resources and the guarantee of a safe place to complete recovery.[viii]

The solution to the problem of health inequities associated with homelessness lies in housing. Providing unlimited and unconditional affordable housing to homeless populations has been shown to dramatically improve health outcomes in homeless individuals and has reduced overall health care costs, as evidenced by the Housing First initiative.

Housing First, introduced in 1988, is an approach that prioritizes providing homeless people with permanent housing without requiring that recipients address and resolve certain problems and without mandating participation in self-improvement services or programs. Housing First is guided by the idea that the provision of housing to the homeless without prerequisites may serve as the foundation for self-driven life improvement and a path to greater well-being.

The adoption of the Housing First approach by the US Department of Housing and Urban Development was credited for dramatic reductions in the US homeless population during the early 2000s, which, in turn, led to reduced health care costs. By providing stable housing to the homeless, the Housing First program decreased emergency service costs by $31,545 per person housed in the program during a 2 year period. The program was also linked to fewer hospitalizations, reduced lengths of admission, and reduction in Medicaid health care costs. Importantly, beyond reducing burden on the US health care system, studies have also shown improvement in self-reported medical health status, mental well-being, and substance use by individuals in the Housing First program.[ix] Despite the program’s success, the expansion of the Housing First policies was halted under the Trump administration due to cost and disagreement regarding the program’s efficacy.[x]

While initiatives like the Housing First program have led to some improvements in health outcomes in homeless populations, much more work must be done to broaden access to health care and reduce other health inequities. In addition to continuing to expand affordable housing for the homeless, legislation that provides universal access to affordable, comprehensive health care is also essential to not only improve health outcomes in those who are currently homeless, but also to reduce the cost of homelessness on the US health care system. 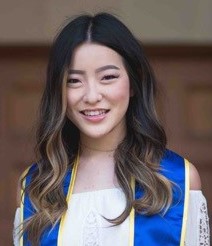 Alexandria Lee is a third year medical student at Loma Linda University School of Medicine. She graduated from UCLA with a degree in Ecology and Evolutionary Biology and has always been interested in intersectionality in medicine. When she’s not studying, she can be found at a coffee shop in LA.