Food insecurity in American households is currently one of the most pressing, yet inconspicuous, public health issues. While ranges of food insecurity and descriptions vary, the US Department of Agriculture defines food insecurity as “a household-level economic and social condition of limited or uncertain access to adequate food.”1

Food insecurity is surprisingly common, with one in seven (or 17.5 million) households in the United States facing hunger or lacking access to nutritious food. 2 Like other social determinants of health, low-income households are especially vulnerable to food insecurity. Locally, the San Bernardino City Unified School District with over 54,000 students, reports that 91 percent of their students live in poverty and 92 percent are considered traditionally marginalized population. 4. Since 40 percent of those below the federal poverty level are considered food insecure 3, the numbers suffering from food insecurity right here in Inland Southern California will be staggering.

While true hunger clearly presents direct risks to one’s health, there are also linkages to chronic conditions such as obesity, heart disease and type 2 diabetes. A continuum of malnutrition further worsens these conditions, making it difficult to manage diet-related chronic conditions, decreasing resistance to infection and extending hospital readmissions and stays.3, 5, 6.

Even mild food insecurity is associated with lower levels of physical activity, diminished capacity to learn and increased behavioral and mental health problems among children.7-9 When access to healthful food is limited, the affordable or available options are often dense in calories and low in nutritional value. This leads to a paradoxical situation where food insecurity and obesity co-exist within the same household 3, 10.

Food insecurity and hunger in the United States added $160 billion to national health expenditures in 2014.11

The solution to poor health outcomes associated with food insecurity seems straightforward: reduce food insecurity. However, many other factors such as income levels, access to healthy food, access to regular health care, and education levels affect these outcomes. Awareness of food insecurity as a public health issue has steadily grown over the last few years, providing both an opportunity and a challenge to policy makers, local and federal administrators and health care systems.

On the federal level, many highly utilized and successful programs focus on food insecurity.

Despite food insecurity’s impact on non-partisan issues like infant health, health care costs, education outcomes, labor productivity and its economic impact, the current political climate in D.C. is threatening WIC or SNAP’s ability to reduce food insecurity. Current and upcoming proposals such as a possible repeal of the Affordable Care Act further create a situation where little is known about the direction of health care funding and outlook for programs like SNAP and WIC.

“We have created a massive industry that responds to challenges by designing new ways to maximize revenue and build gleaming new facilities while failing to address the basic building blocks of overall health.” –Randy Oostra, ProMedica

While federal programs are in political limbo, other innovative solutions address food insecurity on the local and national levels. For example, health care providers screen and then refer their patients to necessary resources by seeking answers to the following statements:

Individuals and families are considered to be at risk if one or both statements are ‘often true’ or ‘sometimes true’ (vs. ‘never true’).

More can be achieved through collaborative efforts by health care systems, school districts, food banks, churches and other community partners. And coalitions such as the Alliance to End Hunger and Root Cause Coalition have successfully demonstrated the strong collective impact of professionals, non-profits and volunteers.

Health care systems like ProMedica recognize the value in addressing hunger upstream before the issue presents itself downstream in the costliest way possible - in emergency rooms. Since 2011, ProMedica has helped provide over 10.5 million meals to food-insecure residents in Northwest Ohio by leading economic development, screening for food insecurity, connecting patients with medical and social services, strategically working with community partners to reclaim food, providing mobile farmers markets and opening grocery stores in food deserts (areas with little or no access to healthy food). 14 ProMedica also works nationally with the U.S. Department of Health and Human Services and coalitions such as Stakeholder Health. Similar efforts are underway by Arkansas Children’s Hospital, Ashe Memorial Hospital and St. Christopher’s Children’s Hospital Philadelphia.

These collaborative strategies begin with a vision and dedication to action that ultimately improve the determinants of community health, not only food insecurity. Everybody has to be involved, including health care systems that embrace integrative and bold policy-driven changes to reshape traditional walled-in sick-care models to ones that rewards health-care. The problem and solution of food insecurity is complex but understood - the remaining step is one of commitment and action. 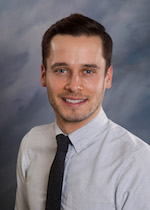 Andrejs Galenieks, MPH, MArch, has a background in Public Health Policy and Architecture and Urban Planning and current works as a Health Policy Analyst at IHPL. Having worked in both fields, he hasa strong commitment and leadership to the intersection of the built environment and health.