A resident* comes into the doctors’ room at the pediatric clinic with an exasperated look and heaves a huge sigh as she plops down into a nearby chair. When I ask why, she explains, “This mom does not want to vaccinate her baby.” “Did you ask her why?” I inquire. “Yes, I did. She said she heard that vaccines can cause autism and does not want that happening to her child.” I counter, “Well, did you explain how that is not true at all and how the person who started that rumor was found to have made things up for personal gain?” The resident answers, “Of course I did, but mom is adamant that she does not want vaccines.” As her supervising physician, I give her additional pointers and tell her, “Let me go talk to mom as well and see if we can convince her otherwise.”

Unfortunately, the scene described above is not uncommon. According to a survey conducted by the American Academy of Pediatrics in early 2000, 7 out of 10 pediatricians reported having a parent refuse an immunization for his/her child in the 12 months preceding the survey. The numbers are likely higher now. According to a survey conducted in 2007-2008 among pediatricians in Connecticut, for example, 73.8% of responding pediatricians noted an increase in parental concerns and refusals over vaccines compared to 10 years prior to the survey.

Some parents are fine with immunizations but want them given one or two at a time because they want the “Dr. Sears method” of spacing out the vaccines. The explanation that coming more often to clinic to follow the “spaced out” schedule results in increased risk of exposure to germs carried by the sick children also coming to clinic seems to fall on deaf ears. Those of us who know about the terrible risk of being un-immunized or under-immunized tremble at the growing number of parents who decide not to follow the professional recommendations for immunizations.

The current generation of parents has the luxury of refusing immunizations because they have not witnessed the crippling and deadly effects of vaccine-preventable illnesses such as polio, smallpox, diphtheria, tetanus, and measles among others. Pediatric immunizations are estimated to prevent 2-3 million deaths in children worldwide each year. However, because people cannot see what has been prevented from happening, they continue to refuse what will help save their children’s lives. So the number of parents refusing to immunize their children has steadily grown over the years.

It comes as no surprise, then, that the number of vaccine-preventable illnesses has also grown over the years. For example, the number of pertussis (“whopping cough”) cases has steadily increased in the United States over the past 20 years—from 4617 in 1994 to 28,660 in 2014. The number of measles outbreaks has also increased in the past several years—the most famous being the California Disneyland outbreak in December 2014 into the early part of 2015 that resulted in at least 131 cases.

In response to the Disneyland outbreak, California’s State Senators Richard Pan (D) and Ben Allen (D) proposed a bill (SB 277) to eliminate religious or personal belief exemption for immunizations when enrolling children in California’s schools. Only medical reasons would be allowed. On May 14, 2015, the bill passed California’s state senate, and it subsequently passed the state Assembly on June 24, 2015. Governor Jerry Brown then signed it into law on June 30, 2015, allowing California to join Mississippi and West Virginia as the only states with such strict vaccine requirements. Washington state and Oregon introduced similar bills earlier, but they failed to pass in these states.

Anti-vaccine and pro-choice groups attempted to overturn the law through a referendum, but they were only able to gather 28,000 signatures on petitions for a referendum, falling far short of the 365,880 signatures needed. For these groups, SB277 is seen as impingement on personal freedom. For those of us who understand the importance of immunizations and population health, however, policies such as SB277 may be life saving. The fact that the opponents of SB277 did not success in bringing it to referendum vote demonstrates that more people understand that immunizations are meant to benefit, not to harm. Now, if only that mom refusing vaccines for her baby would also understand!

*A resident is a physician-in-training. 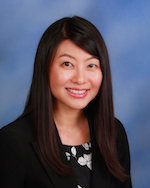 Wonha Kim, MD, MPH, CPH, FAAP is a board certified pediatrician and a board certified public health/general preventive medicine physician who completed all of her medical training at Johns Hopkins. She currently works at Loma Linda University as Assistant Professor of Pediatrics and of Preventive Medicine for the School of Medicine, Assistant Professor for the School of Public Health, and Associate Director for the Institute for Health Policy and Leadership. She loves children and has a passion for advocating for them at all times—whether at home or abroad on various medical mission trips.