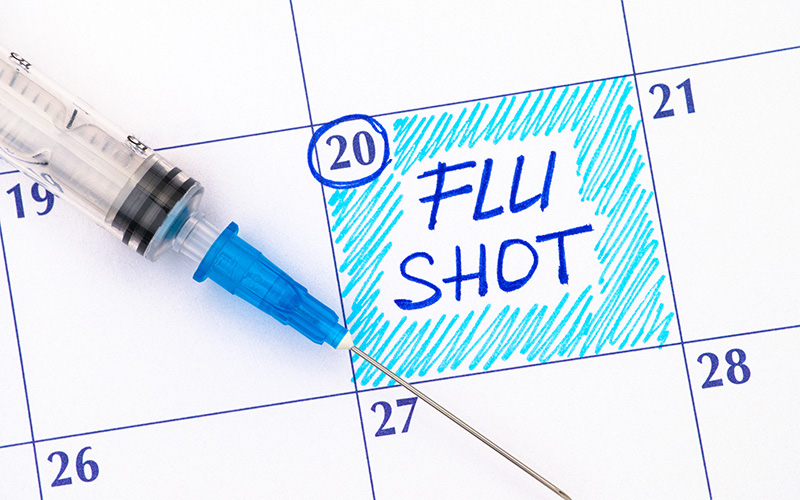 According to the Centers for Disease Control and Prevention (CDC), 81 percent of healthcare workers received their flu shot during the 2017-2018 influenza season.1 While vaccination coverage for this population rose steadily from 75 to 77 percent in the past four seasons, this is still less than the 90 percent necessary to reach herd immunity. Mandatory vaccination for healthcare workers works but causes disturbances in medical ethics.

Behavioral economics can offer unobtrusive solutions to healthcare problems resistant to other approaches. Influenza vaccination of healthcare workers is one of these problems. Behavioral economics posits that people do not always behave in their own best interests but can be nudged to make better decisions.2 Nudges offer encouragements that consider psychological barriers (or cognitive biases) to making better choices. Below are cognitive biases particularly relevant in vaccination behavior.

Omission bias is a tendency to prefer a potentially harmful inaction (omission) to a potentially less harmful act.3 While weighing the benefits and harms of vaccination, people tend to accept a higher risk of catching the flu rather than suffering from vaccine side effects. Additionally, they are willing to suffer longer from flu symptoms caused by the disease rather than those caused by a reaction to the vaccine.

Ambiguity aversion describes the tendency to prefer a known risk (continue without treatment) to an unknown risk (a confusing treatment).4 People tend to forgo vaccination when they perceive vaccine’s safety information to be inconsistent. Ambiguity stems from conflicting information about risks and leads to:

In present bias, people place more weight on costs and benefits of today than those realized in the future. This bias makes people hit the snooze button instead of going for a morning jog or prefer the immediate pleasure of a dessert to the more distant goal of losing weight.5 While a healthcare worker must invest time to get a flu shot and experience potential discomfort in the present, the protection will begin in the future and remain intangible.

When weighing the risks and benefits of an intervention, people judge the occurrence of side effects as “likely” or “frequent” if the event is easy to imagine or recall.6 Anti-vaccination activists and media’s vivid portrayal of risks associated with rare adverse reactions are more likely to be recalled during decision-making than official information relying on dry facts, numbers, and empirical information.

Optimism bias refers to the observation that people tend to be more optimistic about a particular health risk, believing the risk to be greater for others than for themselves.7 Naturalness bias directs people’s preferences toward natural products or substances, even when they are identical or worse than synthetic alternatives.8

Other Ways to Encourage Vaccination

Research has not only identified relevant cognitive biases but also suggests strategies aiming to alter the effects of these biases on the vaccination behavior of healthcare workers. The abovementioned observation that people often intend to invest in their future health but fail to translate their intention into action has led researchers to study the effectiveness of intention prompts. The likelihood of workers committing to receive flu shots increases if they write down the date and time they plan to get their shot.9

Australia has recently adopted another form of nudge to decrease the number of opt-outs from their vaccination programs. Families who fail to vaccinate their children will no longer be eligible to claim the Family Tax Benefit of 726.00 AUD.10 Researchers also suggest offering tax breaks, imposing differential rates on health insurance premiums, and providing tax breaks or funding only to parents with vaccinated children attending private schools.11 Similar strategies of “taxation per exemption” affecting benefit packages and health insurance premiums for healthcare workers can be further explored and implemented by healthcare systems.

Vaccination is a social behavior, heavily influenced by social norms. Hence, a social norm approach can be very successful in increasing vaccination rates among healthcare workers. This approach corrects misperceptions by exposing actual norms, thereby increasing the social pressure to participate in vaccination campaigns.12 Vaccination campaign messages can be framed as: “Last year 75 percent of all employees of this hospital system received a flu shot and over 80 percent of employees at your hospital were vaccinated against influenza.”

Well-crafted messages about flu vaccination should increase immunization rates among healthcare workers. Message framing refers to manipulating the valence of information as either positive (the benefits of getting vaccinated) or a negative (the costs of not getting vaccinated).13 The opportunity to frame messages to get an emotional and motivational responses in healthcare workers can be lost by purely informational slogans such as “It's time to get a flu shot.” Some researchers suggest framing vaccination messages as an invitation for free-riders to stop benefiting from others’ protection and herd immunity. 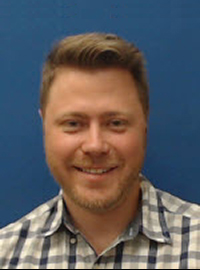 Dr. Dubov is an Assistant Professor of Bioethics and Public Health. His research interests are social, cognitive, and emotional factors that influence risk, decision-making, and health behaviors; behavioral economics strategies in disease prevention and health disparities; and development and testing of mHealth technologies. His publication list can be found here.