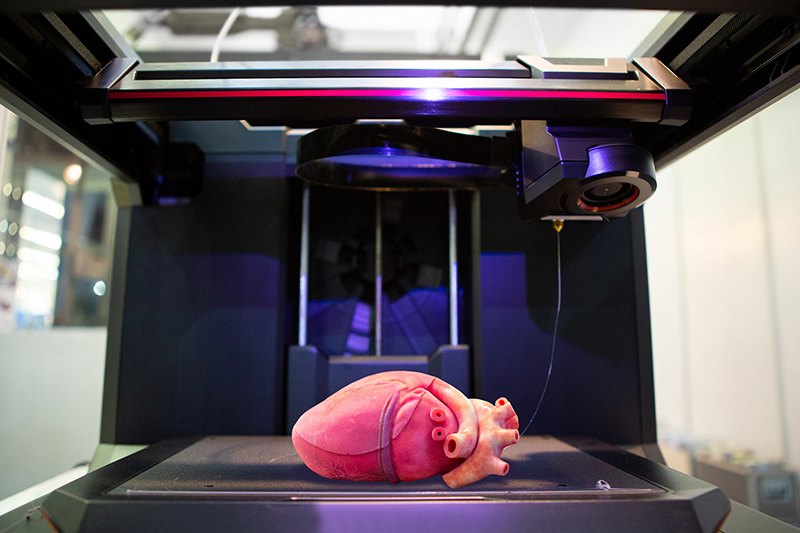 The supply of organs for transplant has only increased by 30 percent in the last two decades, lagging far behind the rate of increase of people on the waiting list.1 As discussed in part one of this series, the number of people registered to donate organs is not enough as only a small percent of the organs procured can be transplanted. This is further exacerbated by the issue that some donated organs may be unnecessarily deemed unusable and discarded when they may be viable options.2

Researchers from the University of Minnesota proposed that high discard rates of procured organs are unwarranted because they are based on formulas that are not entirely accurate in predicting the failure rate. The researchers also concluded that some of the other methods that are used to determine the viability of organs after the transplant, such as biopsy tests or pumping parameters, have not been widely validated.3 Another study found that people who had been given higher risk kidneys (as determined by high Kidney Donor Profile Index scores) had lower cumulative death rates than those who were waiting for kidneys with lower scores.4 Therefore, there may be a large pool of potentially viable organs (previously deemed unviable) that can be used to decrease the organ shortage that we face.

In the US, brain death is a requirement before an organ can be removed and prepared for transplantation. The only exception to this rule is cardiac death in which a patient’s heart ceases to function but neurological reflex remains. In that instance, for the organ transplantation to proceed, the physician must determine that the patient has no chance of recovery, even with a mechanical ventilator.5 In the past, donation after cardiac death was nearly impossible because the failure of the heart leads to failure of the circulatory system and lack of blood circulation to the organs. Advancements in preservation have been made in recent years, and organs can successfully be resuscitated if performed within the first two hours of death.

The primary issue is that there is no explicit law regarding consent for organ preservation.6 This means that permission for organ donation must be obtained from family members at the time of death and for many, this decision is too difficult to make at such a time.7 Dr. Arthur Caplan, a professor of bioethics at New York University Langone Medical Center has proposed a two-step approach to address the issue: (1) request the family to provide consent for preservation first without request for organ donation, and then (2) request the family for permission for organ donation. He says that this approach “exhibits appropriate respect for family and next of kin of the newly deceased,” and it “might greatly expand the potential donor pool.”7 The idea is that once the organs have been preserved, it becomes easier for family members to give permission for the transplant. The key is to ensure that the two steps are done promptly as hearts can only be preserved for six hours, pancreas and livers for 12 hours, and kidneys for up to 30 hours.8

Due to the fact that aging reduces the function of organs and makes them more vulnerable to injury, older donor organs were often not used. While this has slightly changed over time with donors over the age of 50 making up 25 percent of the kidney donors and donors over the age of 65 making up nearly 5 percent, the use of organs from older donors is still low.1 For one thing, organs from older donors have a high likelihood of success if transplanted to recipients of similar age but older recipients may not meet criteria for transplantation.1 Hospitals and physicians are dissuaded from performing such transplants because of stringent evaluation metrics that procurement organizations have, such as one-year survival rates for patients.9 Moreover, hospitals have additional considerations as stated by Dr. Alan Reed of the University of Iowa Hospitals and Clinics Organ Transplant Center: “If they need more expensive drugs, more hospital time, you are going to lose money. You can’t lose money and expect to stay in the game.”10 Less than adequate survival outcomes and financial limitations can place strain on a hospital’s willingness to transplant older organs.

On March 27, 2019, physicians at Johns Hopkins University hospital performed the first-ever kidney transplant between two living HIV-positive patients. With potentially tens of thousands of candidates at stake, this innovative approach created a new donor pool exclusively for patients with HIV.11 Initially, there was much caution when it came to such transplants as people were afraid that immunosuppressants (medications used to reduce the chance of organ rejection) and HIV-positive organ transplants would accelerate the onset of AIDS in these patients. Congress banned the practice in 2000. In 2013, however, the HIV Organ Policy Equity Act opened the doors for testing, but in a controlled setting. Between the passage of the Act and March 27th, 116 HIV-positive patients received a kidney or liver from a deceased patient.12

There were similar concerns for the organs of patients with hepatitis C, a viral infection that causes liver inflammation. This became even more salient with the opioid epidemic as many of the deceased were at risk of hepatitis C from injecting drugs. A study published in the New England Journal of Medicine found that antiviral drugs could allow the transplant of heart and lungs from hepatitis C patients into non-hepatitis C patients. Researchers have also begun testing the viability of other organs such as the liver from hepatitis C positive donors.13

Thus, as technology improves, we may have access to a larger pool of donors. Our state and federal policies must keep up. Additionally, we must work to change the perception of those  who may see certain viable organs as inferior based on misperceptions. In the final part of this series, we will discuss the inequities of the organ transplant wait list.