For the first time in decades, Americans are buying more bottled water than any other beverage. This milestone occurred in 2016 as bottled water sales surpassed that of the second largest category: carbonated soft drinks.  Many attribute this shift in consumer choice to growing health concerns about the effects of beverages with added sugar.1

The Largest Source of Added Sugars in the American Diet

What are Sugar-Sweetened Beverages?

Sugar-sweetened beverages (SSBs) include any non-alcoholic beverage with added caloric sweeteners or sugars, such as cane sugar or high-fructose corn syrup.7 These include:

SSBs are the largest source of added sugars in the American diet.8 Among adolescents, one-fifth of calories come from beverages.9 In fact, it is estimated that adolescents consume an average of 39 pounds of sugar each year from SSBs alone.10

Putting a Cap on the Problem

Despite a shift in sales from SSBs to healthier beverage options, rates of overweight, obesity, and chronic diseases continue to rise across the country and around the world. As a response, governmental and health advocacy groups are calling for policy approaches to promote healthier beverage choices.5,6,9,11 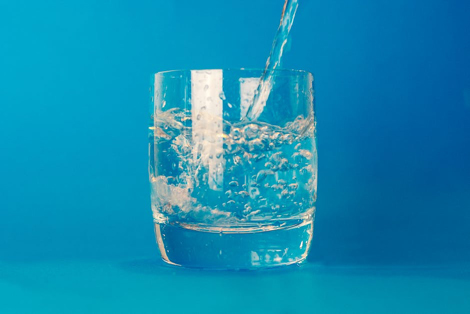 Many local and national governments have passed excise taxes, usually in cents per ounce. Six U.S. cities and one U.S. county have passed and maintained taxes on SSBs.12 The Navajo Nation has passed a SSB tax as part of a “junk food” tax.13 Hungary, France, and most recently Mexico have done the same.6 And these taxes have produced the desired results. Research has shown that a 10 percent price increase is enough to decrease SSB consumption by 12 percent.14

Creation of such taxes are met with plenty of opposition from the beverage industry, labor groups, lawmakers, and voters themselves. At least two states passed SSB taxes, only to repeal them a year or two later, and over 30 cities and states unsuccessfully attempted to pass their own versions of SSB taxes.12,13

For organizations and local governments who wish to do their part in making healthy choices easier and more convenient for their employees and citizens, a variety of policy tools exist to accomplish this.

Some recent successes include restricting the marketing and sales of SSBs in schools and child care or after-school programs. Others have included policies promoting healthier options in vending machines and food services in public recreation areas, government buildings, corporate workplaces, clinics and hospital systems.15  Additionally, several cities have passed policies requiring restaurants to serve water, milk, or 100 percent juice as the default drink, rather than soda, in any kids’ meal.16

Bills requiring warning labels on packaging are in the works in several states.  These have been shown to be an effective strategy for reducing SSB consumption among adolescents.17,18  Other strategies, such as beverage size limits, proportional pricing, and retailer licensing, are on the horizon.15,18

Introduced in February 2017, Senate Bill 300 would require safety warnings on all sealed SSB containers.19 Supporters of this bill include:

Opponents of the bill include:

It is a paradox that communities suffering from hunger actually consume higher amounts of sugar-sweetened beverages.21,22 This paradox may have everything to do with pricing and availability of these products when compared to healthier options. 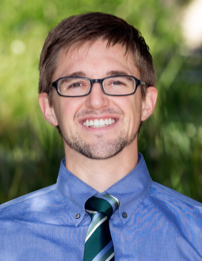 Marcus Heisler, MD, is a resident physician in the combined Family and Preventive medicine residency program at Loma Linda University and a Population Medicine student in the School of Public Health

The views expressed in this article do not necessarily represent those of Loma Linda University Health or the Institute for Health Policy and Leadership.