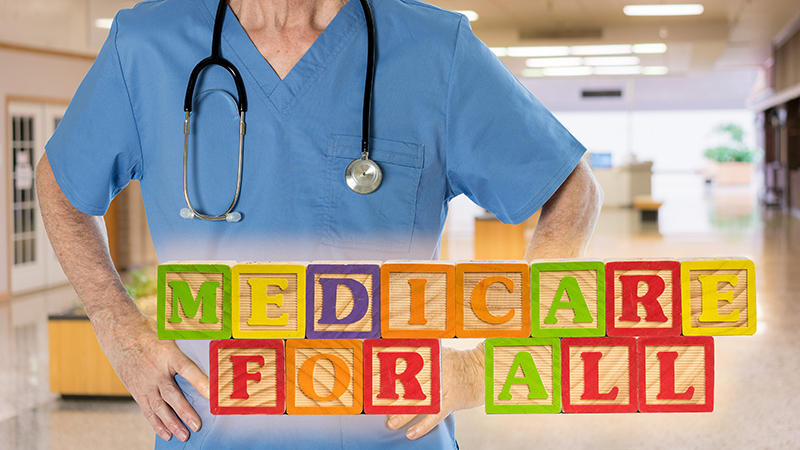 In the first blog of the prescription drug price series, I discussed the pros and cons of a bill that would allow for the importation of prescription drugs from other countries to reduce prescription drug costs. In this blog, I am going to discuss an idea that was touted by then-candidate Trump during the 2016 presidential elections: allowing Medicare to negotiate drug prices with pharmaceutical companies directly.1

Medicare is the government health insurance provided to Americans who are 65 years or older.* The most basic insurance, Medicare Part A, is free for all and covers most inpatient stays at various facilities. Parts B, C, and D are optional and require a premium.2 The part in question for this blog is Part D, the plan that covers prescription drug costs.

To provide Part D benefits to the more than 43 million American beneficiaries, Medicare first takes bids from private insurers who negotiate drug prices with the pharmaceutical companies. Medicare enrollees must choose one plan from a number of plans with different premiums, formularies, pharmacy networks, and co-payments, among other options. There are multiple “stages” throughout the Medicare Part D payment process that determine how much a beneficiary will be paying for his/her drugs at a given period based on how much he/she has spent. Finally, once $5,000 is spent out of pocket, enrollees enter the catastrophic coverage phase in which they pay 5 percent of all medication costs, the insurance companies pay around 15 percent, and the government picks up nearly 80 percent of the tab.3,4 Part D spending for Medicare more than doubled from $49 billion in 2007 to $100 billion in 2017.5

When Medicare was established in 2003, the Medicare Modernization Act of 2003 (MMA) stipulated that the federal government would not be allowed to negotiate prices directly with the pharmaceutical companies.6 At the time, the Congressmen who were pushing for the bill needed more supporters, and so they included this “non-interference” clause in order to attract the votes of Congressmen who supported a free-market strategy over government intervention.7 This is why the private insurance companies act as a middleman when it comes to providing Part D. If Congress can remove the ban on the federal government being allowed to negotiate drug prices directly with the pharmaceutical companies (through the passage of Senate Bill 41, known as the Medicare Prescription Drug Price Negotiation Act of 2017), Medicare could substantially decrease spending on retail prescription pharmaceutical drugs.8,9 This is because Medicare (Parts A-D) makes up 29 percent of the total spending on prescription drugs in the United States.5 With so many beneficiaries, Medicare would have purchasing power over pharmaceutical companies which could lead to negotiation for lower prices.

As such, the Medicare for All Act of 2017 introduced by Senator Bernie Sanders (I-VT) has gained popularity.10,11 If the government has the entire population of America under a single-payer system, the government’s bargaining power would be immense. This is particularly how many other OECD countries are able to keep their pharmaceutical prices relatively low.12

Of note, a report from the Inspector General’s Office of the Health and Human Services Department found that despite a 17 percent decline in the number of prescriptions written, the reimbursement for Part D drugs increased by 77 percent after taking into account rebates and other discounts that are customarily offered.13 Thus, the rise in spending is not because of more prescriptions or even more beneficiaries; it is primarily because a small subset of drugs is becoming more costly. The incentive for an insurance company to have these kinds of drugs on their formularies is high because the government pays for a majority of the cost of the drugs and the patients and physicians prefer insurance companies that offer the latest treatments. In fact, a report from the Hutchins Center on Fiscal & Monetary Policy at Brookings Institute found that the gross spending per low-cost Medicare enrollee (an enrollee who had not yet entered the catastrophic coverage stage) per month in a 30-day period decreased between 2010 and 2014.14 Thus, the current system seemed to have been working in bringing the costs down, but the perverse incentives to increase the prices of some drugs reversed those cost benefits. This is another argument in favor of Medicare being allowed to negotiate prices directly.

There are, however, potential consequences to consider if the ban on Medicare’s direct negotiations with pharmaceuticals were to be repealed. For one, Medicare’s ability to negotiate drug prices could potentially drive some of the prices up.15 This is because if Medicare is unable to come to an agreement with a pharmaceutical company for a given drug, that drug may be removed from the formulary altogether. This would mean that Medicare beneficiaries who require the drug would have to pay 100 percent of the cost of the drug out of pocket as they would no longer be able to get the drug through Medicare. This could potentially lead to an underground market for certain drugs or illegal importation of those drugs from other countries. Another potential consequence that many opponents of repealing the ban bring up is that by cutting the possibility of profits, pharmaceutical companies may feel less of an incentive to research and develop the kinds of drugs that a Medicare patient would require. One study found, however, that the average annual increase in life expectancy between 1982-2001 for an entire population from a new drug was just 7 days.16 Moreover, we need not rely on private companies to manage the research and development process. Some authors have argued for transferring the savings from a program like Medicare for All into the National Institutes of Health (NIH) to continue research.17

The bills Congress has recently introduced to allow Medicare to negotiate drug prices18 will, of course, face fierce resistance and lobbying from pharmaceutical companies, pharmaceutical benefit managers, and insurance companies.  Moreover, the Medicare for All bill comes with a hefty price tag that could deter many from looking at the cost savings in the long run.19 In the next piece, I will discuss some bills that have been introduced in Congress to facilitate market competition and bring down prices.