IHPL Fellows are selected for their outstanding accomplishments in health policy and community leadership. They support goals central to the Institute, understanding and improving policies that optimize health and health care for all members of society. As distinguished professionals, Fellows provide expert insight and collaborate with IHPL in pursuit of healthier communities.

Dr. Barilla formerly served as the Associate Vice President for Strategy and Innovation and Associate Director for the Institute for Health Policy and Leadership at Loma Linda University Health. She has spent 28 years in the health care industry implementing innovative models of care.

She has years of experience in leading community based health strategies to improve the health and well-being of entire communities and has been a strong advocate for a health in all policies approach at the national, state, and local levels. Dr. Barilla has also served on not-for-hospital boards for over 8 years and been instrumental in developing a regional healthy communities model. 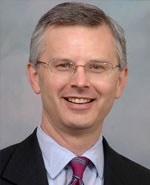 John Clymer is Executive Director of the National Forum for Heart Disease & Stroke Prevention, a catalyst for public-private collaboration to prevent cardiovascular disease.

Before joining the National Forum in 2012, Clymer was part of the leadership team at US Healthiest which developed HealthLead™, the first accreditation for healthy workplaces. Additionally, he is an adjunct assistant professor at Loma Linda University School of Public Health, and a guest lecturer at Johns Hopkins Bloomberg School of Public Health since 2004.

Clymer serves on the U.S. Community Preventive Services Task Force, and has served as a subject matter expert at the World Economic Forum's Annual Meeting in Davos, and on the World Economic Forum's Global Agenda Council on Chronic Disease and Malnutrition, and other advisory boards. He authored a chapter in Igniting the Power of Community: The Role of CBOs and NGOs in Global Public Health (Springer, 2010) and co-authored a chapter in ACSM's Worksite Health Handbook: A Guide to Building Healthy and Productive Companies (Human Kinetics, 2009). He has given numerous Congressional briefings and appeared on NBC Nightly News, Fox News, CNBC, public radio, and in print media such as The New York Times.